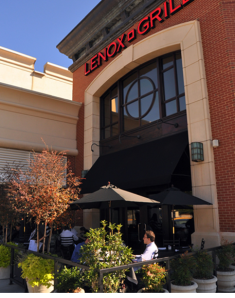 If you are looking for comfort food, this is the place!  You wouldn’t guess what was on the menu just by looking at the rustic dining room or welcoming patio.  I assumed it was another Cheese Cake Factory or some other chain like most.  But to my surprise, this is where you come for ribs, corn bread, awesome pasta dishes, and other real comfort foods.

We had a party of 8 tonight and were greeted promptly by the hostess who took us to a perfect table towards the back.  We were almost immediately greeted by our waitress who took drink orders and suggested the various mac and cheese dishes on the menu.  Yes, 6 different kinds of mac and cheese.  Cheeseburger, veggie, chicken, and others all stood out on the menu.  They offered several fried fish dishes, fried chicken, and fried this and fried that.  Lots of fried food in general.  Not my cup of tea, but we are in the south…I think.  Is it ok to consider Atlanta the south?  A different discussion for sure.

We ordered some appetizers to start.  Fried onions rings (shocker), fried chicken wings, and corn bread.  At least someone at the table was thinking outside the fried box.  I love corn bread!  This corn bread was served in the skillet in which it had been baked.  Excellent!  It just was missing the butter.  But I didn’t complain.

For dinner, I went with the healthy choice, cheeseburger mac and cheese.  Another dish served in the skillet that it was baked in.  It was so rich I maybe ate 1/6th of the serving.  Others had prime rib, fried mahi mahi, and lot’s of mac and cheese dishes.  I think we all rolled out of there.

Really reasonable prices ranging from $6 – $20 for entrees.  We left there with a bill around $150.  For 8 people and a few beers and cocktails, that is cheap!  A great deal.

Perfect for large group gatherings.  Plenty of parking, as it resides on the outskirts of a mall.  I think the entire group of consultants would agree on my score…. 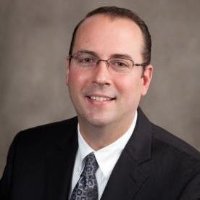